STEPHEN A. FOSTER ATTORNEY AT LAW

About STEPHEN A. FOSTER 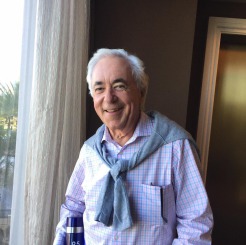 Stephen A. Foster was born and raised in the Pacific Northwest and has spent the majority of his professional career in the Olympia area. Now the partner in his firm, Mr. Foster strives to provide the best client service.

Mr. Foster graduated from Gonzaga University in 1973. While attending Gonzaga University, he was a finality and first runner up in the 1973 Linden Cup Moot Court. During his Junior and Senior year, he briefed for the most prominent trial lawyer, John Layman in Spokane County.

Stephen A. Foster was President of the Rotary Club of South Puget Sound from 1995-1996 and 2000-2001. In addition, Mr. Foster served many other Rotary positions and on projects. Mr. Foster was a teacher at the South Puget Community College Business Law from 1988-1996.

Stephen A. Foster takes great pride and is genuinely proud of his involvement with the US Army Special Forces having served with them both active and reserve duty from 1967-1973 receiving an honorable discharge.